During the initial profesional playing career of Roque Santa Cruz, it was with the Paraguayan club Olimpia Asuncion that he kicked off the baby steps of what would eventually be a very fruitful and extended career in the soccer field. At the time of writing this, Santa Cruz is 37 years old and he recently END_OF_DOCUMENT_TOKEN_TO_BE_REPLACED

Roque explained that they complicated themselves in the duel against Independiente. He stressed that the team is returning to the level that led them to win the Apertura. In contact with Fútbol a Grande, Monumental 1080 AM, Roque Santa Cruz referred to the 3-2 victory over Independiente, in which they suffered more because they could END_OF_DOCUMENT_TOKEN_TO_BE_REPLACED

Daniel Garnero, the Olimpia Club coach recently spoke post the club’s victory against Bolivar. He felt the team needs improvement and acknowledged the same openness and also said that small improvements will surely help to achieve victory in official competitions. In addition to Garnero, Roque Santa Cruz also mentioned about the difficulties he faced in END_OF_DOCUMENT_TOKEN_TO_BE_REPLACED

The 5 times Bundesliga winner, Roque Santa Cruz has recently opted to extend his playing career even further than it has already been by penning a 1 year with the Paraguayan club Olimpia Asuncion which he has been performing with since June of 2016. In an interview which was made to the experienced player during END_OF_DOCUMENT_TOKEN_TO_BE_REPLACED

Roque Santa Cruz has made a huge impact for Olimpia in the Copa Libertadores. The kind of impact he was expected to have when German champs Bayern Munich bought him as a youngster back in 1999. He was tagged one of the top future stars but he never quite reached his potential. Santa Cruz was END_OF_DOCUMENT_TOKEN_TO_BE_REPLACED

Roque Santa Cruz recently turned 36 years old and the Spanish League; La Liga congratulated the Paraguayan attacker through their official social media twitter account. The veteran player is currently performing for Olimpia Asuncion but considering his very elevated age, there are regular talks and rumors going on involving his future.

Roque Santa Cruz is 35 years old but despite being at such an elevated age, the Paraguayan attacker keeps on playing a very active role not only inside of the actual pitch but also outside of it as well. The veteran player is a regular performer for his current club Olimpia Asuncion which he joined back on June of 2016 and has a contract which extends until December of 2017.

Olimpia Asuncion is actually the club where Roque Santa Cruz spent his youth since the age of 9. Making a return to his childhood club is a special thing for the Paraguayan attacker as he left when he was 17 years old and went on to joins Bayern Munich as his career at the European stage initiated.

The former Bayern Munich player is well-aware that his playing days at the top level are reaching their final stages and Roque Santa Cruz has recently hinted out the possibility of becoming a politician with one of the main reasons being that he wants to continue helping out other people.

¨ I believe that the purpose of life is too difficult to know it at an early age and it still is a hard thing to find out even for footballers who are in their mature stages of their life. My objective is to always help however that I can from my position. I do not discard the possibility of entering the world of politics and continue to aid needed people¨ Roque Santa Cruz said.

For a player that is such at an elevated age, Santa Cruz still manages to make impressive performances and he has already hinted out the possibility of introducing himself in a completely different world of Politics.

Everton Manager Ronald Koeman is continuing his effort at rebuilding the team even after a brilliant run in 2016/17. 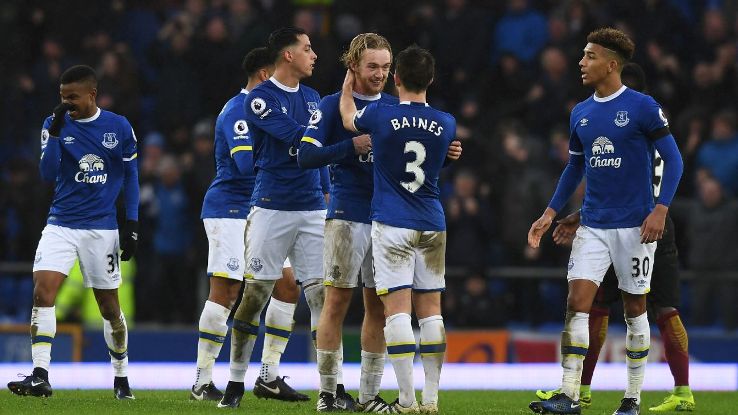 With the budget and calibre of players the team had, they finished seventh behind Manchester United. Only big clubs were above them so it was a worthy spot.

With the club set to lose star striker Romelu Lukaku soon after he it was revealed that he has agreed terms with another Premier League side, Koeman would have to search for a capable replacement as Lukaku played a big role last term.

Koeman has already seen his £8 million bid for Sunderland keeper Jordan Pickford rejected. The relegated side are hoping a top team would pay as much as £30 million for the rated player. It seems the club needs the fund from the deal to float in the Championship. Everton would likely move on from the deal as the Black Cats remain firm on their valuation.

City have continued their huge annual spending. From when they spent big to lure Carlos Tevez, Emmanuel Adebayor, Roque Santa Cruz, Kolo Toure, Gareth Barry and others, the cycle continues. The money has delivered two Premier League titles aside other titles. Guardiola is expected to reach higher ground in the league this time.

Ahead of the clash between Brazil and Paraguay in the Copa America World Cup qualifying match, we look at some of the biggest and most exciting games between both sides.

Both sides have met 76 times ahead of this game slated for Sao Paulo in the 14th round of the qualifying campaign. Of the 76, the Selecao have lost just 11 times. Of the games, 15 were in World Cup qualifying and Brazil have lost just two times.

Brazil hosted the event that year and they were the favourites to lift the title. They had an excellent tournament en route to the final but crashed 2-1 to Paraguay. After finishing joint leaders, there was a need for a playoff. The hosts hit their competition 7-0 with goalkeeper Sinforiano Garcia delivering a sterling performance.

Brazilian soccer legend Peledelivered this important victory for the country. Paraguay put up a tough fight initially but they fell horribly later. An own goal from Valentin Mendoza, and goals from Jairzinho and Edu did the job.

In 1985 Brazil used Paraguay as a comeback after being knocked out in the second round three years earlier by Italy. They maintained their tiki taka style with their team riddled with stars like Zico, Renato Gaucho, Socrates and Cerezo. Edinho, Renato and Casagrande combined for the first before Zico did a flick and volley for the second.

Both sides met in 1997. Ronaldo got a brace in the game as they saw off Paraguay in the quarter finals. The legend ended up being selected as the most outstanding player as Brazil sailed to victory.

Dunga led Brazil to the 2010 World Cup on a brilliant note as they demolished their continental rivals in the qualification stage. They were the leaders in the 10-team log but their record was tainted with a loss to Paraguay. RoqueSanta Cruz scored the opener in the game at Asuncion before Salvador Cabanas completed the rout.

This time Brazil are the favourites to win as a victory would almost guarantee their spot in Russia 2018, even with games to spare. Paraguay have not had favourable results that would have kept them in contention for qualification but they would not be a walk over the Selacao side.