Roque Santa Cruz spent four years as a Manchester City player from 2009 to 2013. The Paraguayan international was one of the earliest signings of the new Manchester City under the City Football Group. The Citizens signed the former Bayern Munich striker for a fee of around £17.5m. He was signed from Blackburn Rovers whom he spent two years with. 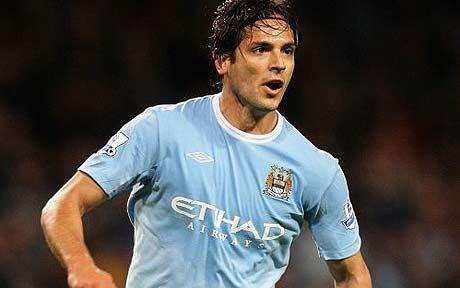 Manchester United legend Mark Hughes was instrumental to his move from Blackburn Rovers to Manchester City.Hughes was his manager when he was at Ewood Park. His first game for the Citizens came against East London club West Ham United. He made his debut during the league game that ended in a 3-1 victory. Roque Santa Cruz came on for Shaun Wright-Phillips for the final nine minutes of that game played on September 28, 2009.

Roque Santa Cruz scored his first goal in a Manchester City shirt in the League Cup victory over Scunthorpe United. He scored one of the goals for the Citizens in a 5-1 win. The Paraguayan player netted his first goal for his new club a month after his debut.

Santa Cruz scored his first Manchester City goals in the league in a seven-goal thriller with Sunderland. He scored two goals as his team ended on the right side of the thriller. His brace propelled the Citizens to a 4-3 win over the Black Cats.The game with Sunderland turned out to be the last one managed by Hughes at the Etihad Stadium.

Hughes was replaced by Italian tactician Roberto Mancini at the club and Santa Cruz suffered for it with reduced playing time. Injuries and loss of form also contributed to his limited playing time at the Etihad Stadium.

At Manchester City, Santa Cruz was sent on loan to former club Blackburn Rovers as well as to the Spanish duo of Malaga and Real Betis.