Veteran Paraguayan striker Roque Santa Cruz came through the youth system at Olimpia in his home country before making his debut for the team in 1997. In his two years with Olimpia at the start of his career, Roque Santa Cruz scored 13 goals in 24 league appearances. 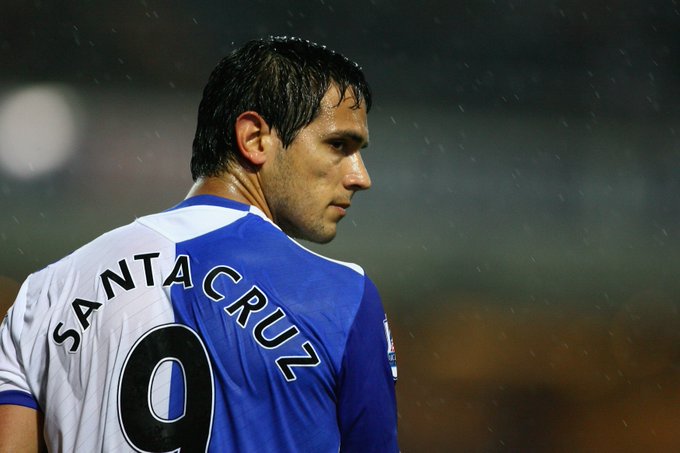 Bayern Munich negotiated the transfer for Roque Santa Cruz from Olimpia in 1999. Olimpia officials initially asked for $10m before the player’s father forfeited his own 30% economic proceeds for the player to move to the German Bundesliga giants for $7m. Roque Santa Cruz played his first game for Bayern Munich during the 2-0 loss against Bayer Leverkusen at the start of the 1999/00 German Bundesliga season. His debut against Leverkusen took place on August 22, 1999. Santa Cruz scored his first Bayern Munich goal in his second game for the club. He scored for the first time in a Bayern Munich shirt during the 1-0 win over SpVggUnterhachingon August 28, 1999. The Paraguayan footballer scored the only goal of the game five minutes from time.

Roque Santa Cruz made his Champions League debut in the colours of Bayern Munich during the 2-1 win over Dutch team PSV Eindhoven on September 15, 1999. His first goal in the Champions League came in his fifth appearance in the competition during the 2-1 loss to PSV Eindhoven and he was responsible for the only Bayern Munich goal having come on as a 26th minute substitute for Paulo Sergio. His goal came six minutes into the second half.

In his first season as a Bayern Munich player, Roque Santa Cruz helped the club win the league netting five goals in 28 appearances. He also helped Bayern Munich reach the last  four of the Champions League. In total, he scored nine times in 48 games in all competitions during his debut season.