Veteran Paraguayan striker Roque Santa Cruz has won one Champions League trophy during his football career and that was during his time at German Bundesliga giants Bayern Munich. In addition to the Champions League, he won five league titles, four German Cups, the German League Cup and the Intercontinental Cup with the Bavarian giants. He spent eight years at Bayern Munich before signing for Blackburn Rovers in England in 2007. 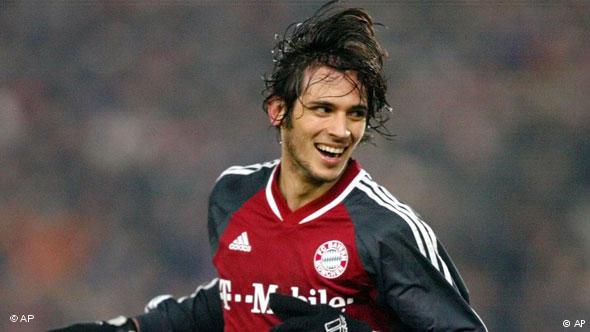 Roque Santa Cruz was part of the Bayern Munich squad for their 2001 UEFA Champions League (UCL) final clash with Spanish team Valencia who were making an appearance in the Champions League final for the second straight season. In the previous season, they had been beaten 3-0 by Spanish La Liga rivals Real Madrid with Raul Gonzalez getting one of the goals.

Bayern Munich manager OttmarHitzfeld opted for an attacking trio of Mehmet Scholl, Hasan Salihamidzic and GiovaneElber for the Champions League final clash with Valencia while attacking options such as Roque Santa Cruz, Paulo Sergio, Carsten Jancker and Alexander Zikler started the game on the bench. All the other attacking options came off the bench, while Roque Santa Cruz was the only attacking option unused throughout the game which was extended as a result of extra time. Bayern Munich and Valencia settled for extra time after they scored one goal each in normal time.

Valencia made a bright start thanks to a third minute penalty from Spaniard GaizkaMendieta and they held on to that advantage for the rest of the first half. Stefan Effenberg scored the Bayern equaliser from the spot five minutes into the second half to ensure that the game went into extra time. Pellegrino missed the crucial spot kick for Valencia in sudden death of penalty shootout to hand Bayern Munich the Champions League trophy via a 5-4 win on penalties.